The Emerald Coast A&M Club takes in a lot of territory along the Florida Panhandle.

“All the way to Tallahassee, three hours across. I think it’s 15 to 20 counties if you look at it,” said president Pat Heye ’85. 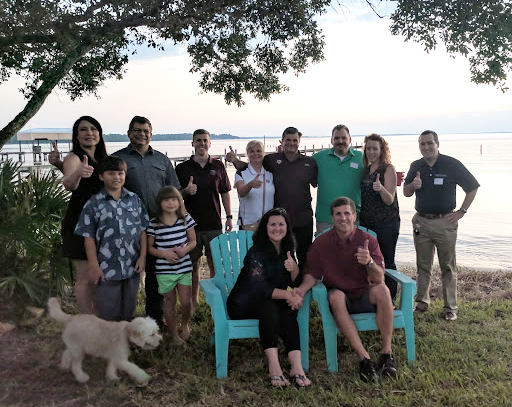 Being spread out makes it hard to find a location folks can get to for happy hours after work, but the Club makes up for it.

“We’ve done some college nights, some football watching parties,” Heye said. At a college night event at Pensacola State College, he said, “The Florida schools were all there” making their pitches to high school seniors — and Texas A&M was well represented too, thanks to Club members.

Muster is often their largest event. “We probably had 60 people” in 2017, he said. “We had it outside at a pavilion, at Gulf Shores National Seashore” (the same location as this coming April’s Muster).

Many who come to the Muster are seasonal visitors who found the event on the Internet: “Lots of people don’t live here year round, and they were pleased that they found a Muster while they were on the road,” Heye said. “And they were some of our most enthusiastic ones there.” (You can search for the nearest Muster to you at tx.ag/FindAMuster, and add your Muster to the map via tx.ag/HostAMuster.) 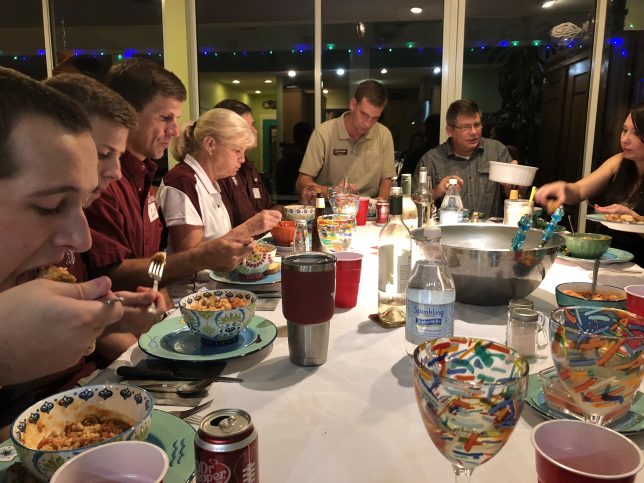 Pat and Brigette Heye hosted dinner Oct. 12 to welcome us to town, and among the Aggies who came was a new A&M grad attending his first Emerald Coast A&M Club event.

Tyler Bryant ’17, a Pensacola native, graduated in May from the Bush School with a master’s degree in international affairs, and moved back to the area to teach U.S. history.

Bryant said he’d been interested in coming to an event and had found the Club’s website; then, because he’d updated his address after moving at tx.ag/profile, he received an email that went out to local Aggies inviting them to dinner at the Heyes’. 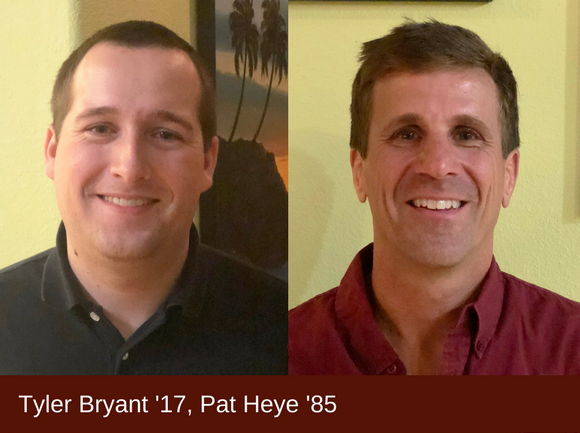 Bryant said he had wanted to meet some people in the area with experiences similar to his: “The A&M world is its own little bubble, and now you’re in the real world, where if you say ‘Howdy,’ people think it’s maybe a little odd!”