We weren’t done hosting Midnight Yell Practice on the road yet! For the Belk Bowl on Dec. 29, Association staff didn’t drive the barbecue trailer to Charlotte, N.C., but instead arranged with the Charlotte Area A&M Club for a gameday breakfast buffet at a local restaurant, preceded the night before by Midnight Yell at the EpiCentre development in Charlotte. The Charlotte Area Aggies hold regular game-watch parties and take part in events like the local SEC Alumni Bash.

About 700 Ags came out for Yell, which was inside the Whiskey River bar and restaurant: 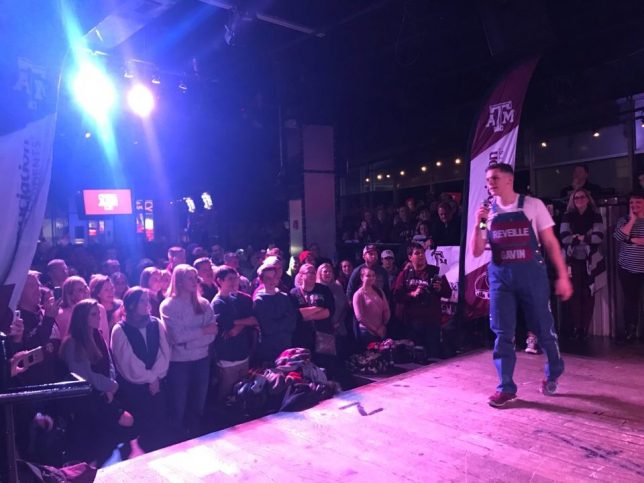 Beforehand, in the atrium area of the EpiCentre, the Aggie Band and yell leaders took part in a Battle of the Bands. You know who won: 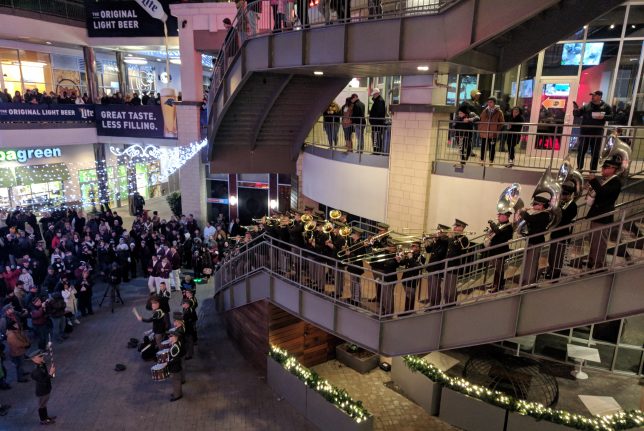 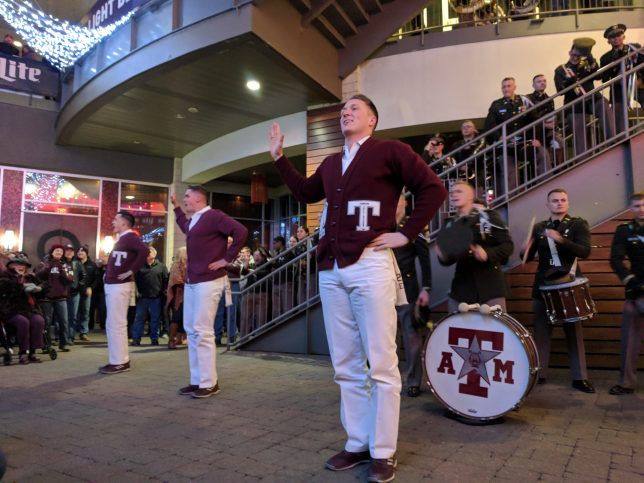 The temperature outdoors was 27 degrees, so it was nice to go back inside for Yell Practice! 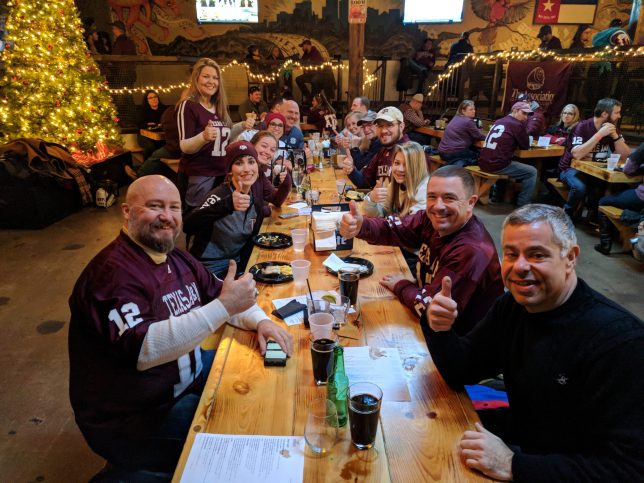 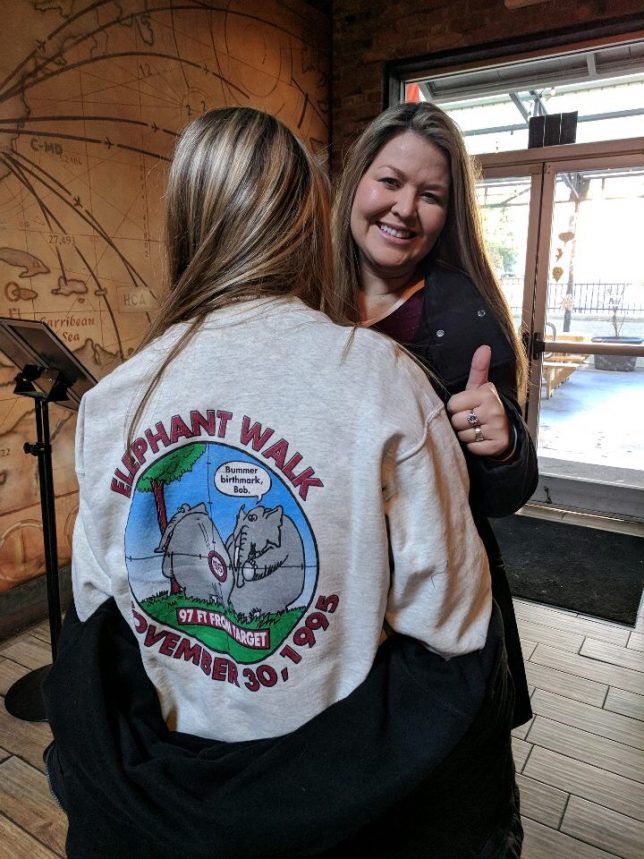 At the breakfast, Aggies could sign cards for U.S. troops through a nonprofit run by Matthew Hunt ’97: 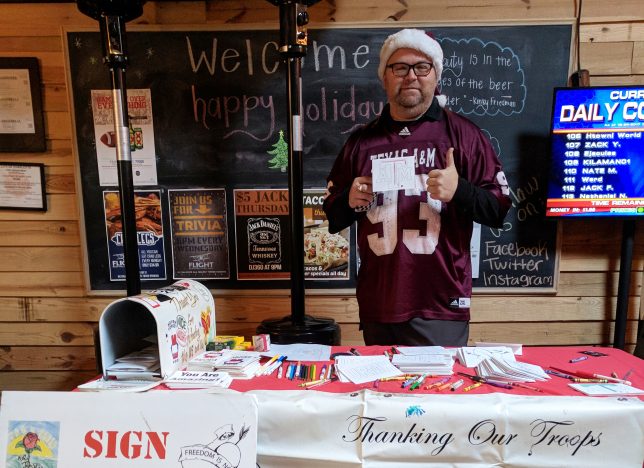