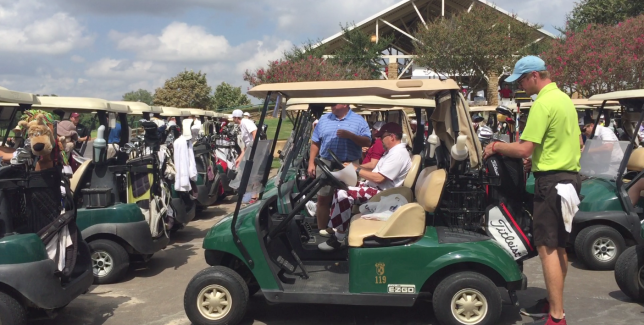 More than 100 golfers came out to help raise funds at the annual D/FW Aggie Golf Classic on Sept. 22, timed to coincide with Midnight Yell Practice in Fort Worth that night and the Aggies’ game vs. Arkansas at the Dallas Cowboys’ stadium the next day.

“This is going to be the best one we’ve had in several years, for both clubs,” in terms of participation and sponsorship, said Fort Worth/Tarrant County A&M Club president Wes Cooper ’04 just before the teams fired up a fleet of golf carts and rolled out for the four-person scramble-style event at Texas Star Golf Course in Euless. 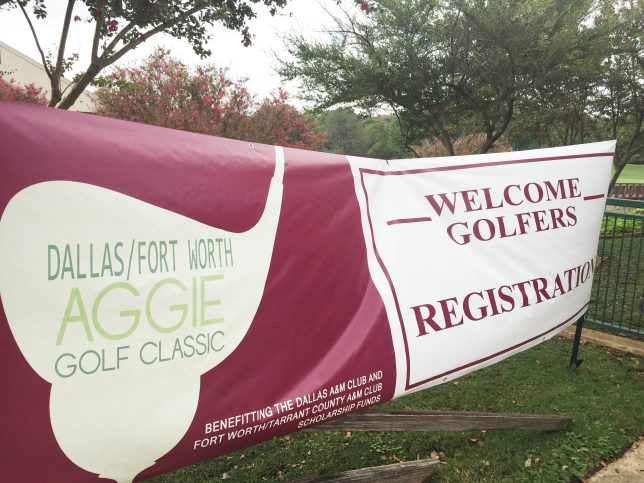 Cooper credited that success to the volunteers. Dustin Kinder ’05 was the golf tournament’s chair from the Fort Worth Club, and Kyle Reeder ’08 chaired it for the Dallas A&M Club.

Kinder said the tournament had 16 sponsors at different levels, and many volunteers.

How to pull it all together? “You just keep asking. People are generous. If they can or can’t, they’ll tell you,” Kinder said.

“People show up. They didn’t even volunteer to help and they’re out here helping,” he said. The Clubs are already looking ahead: “I’m going to help doing it again next year to provide some continuity.” 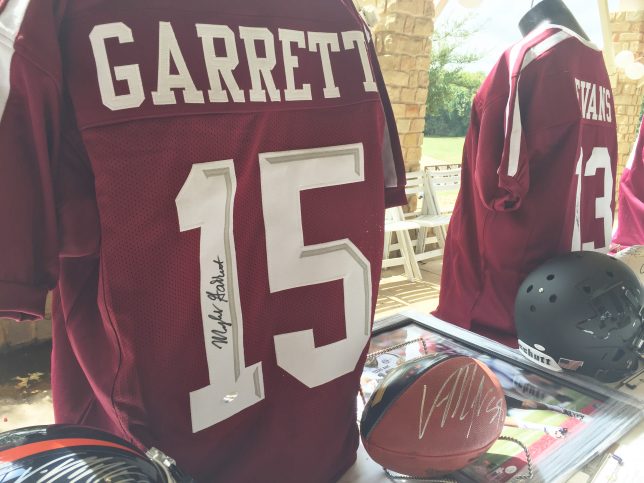