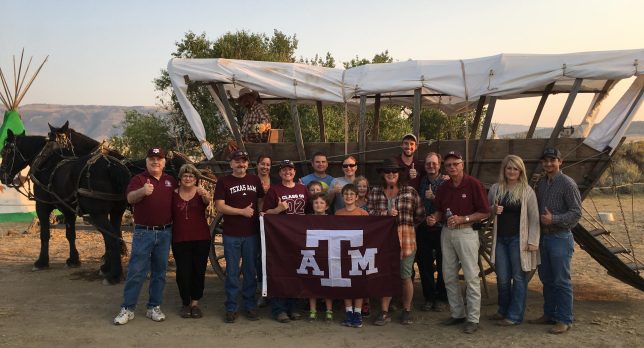 Aggies rode out on the Oregon Trail in covered wagons on Sept. 9, with dinner cooked and served at a campsite along the route Americans used to bring families west. It was a truly unique stop on the Coast to Coast tour of A&M Clubs.

The Wyoming A&M Club is a relatively young Club that, appropriately, covers a lot of territory.

The Clubs holds two Musters, one in Casper and one in Cheyenne — population centers about a 2.5-hour drive apart — to serve the state’s Aggies. This year, the Casper group met at a barbecue restaurant, and the Cheyenne group held a potluck (“Bring your favorite Texas side dish”).

The Club has even had co-presidents in both regions, but currently has just one: Katrena Crimm ’02, who also helped found the Club.

At the covered-wagon dinner, the Club collected donations with the goal of sending two local ROTC students to “Spend the Night with the Corps” this fall. In the past, the Club has gathered enough donations to help a local student bound for A&M with a scholarship. 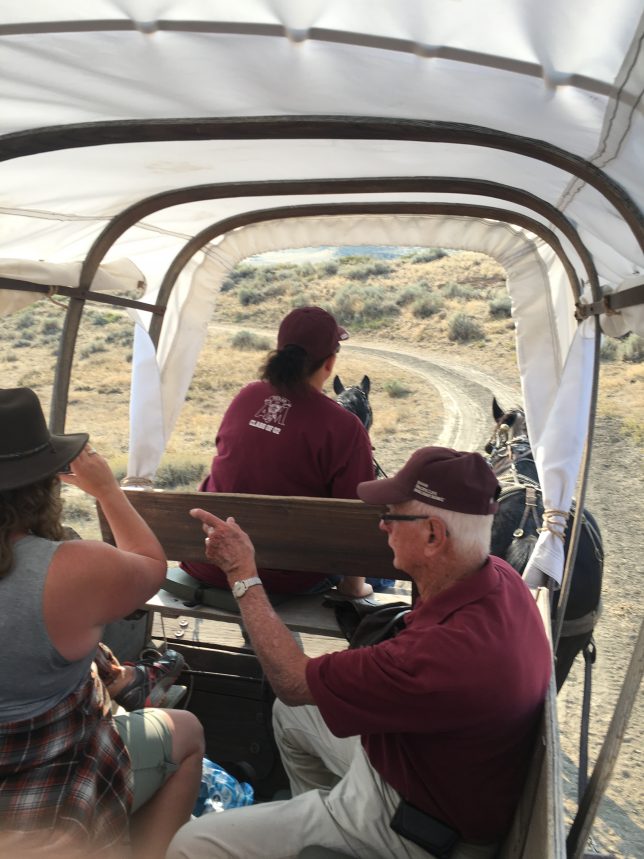