On Aug. 30, we were in Tucson, Ariz., for happy hour and a meal with the Aggies of the Southern Arizona A&M Club! 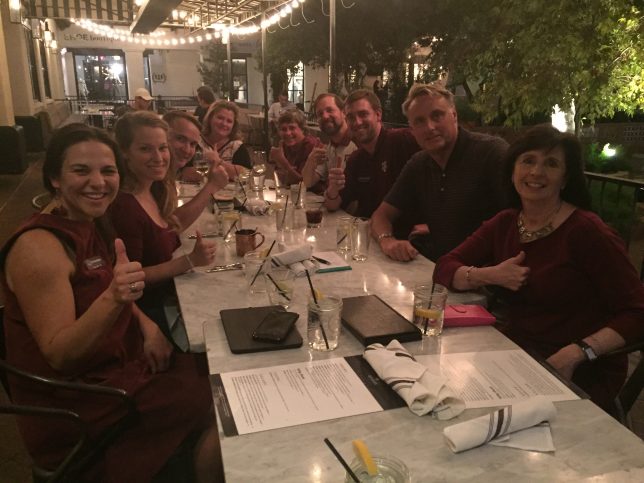 Like numerous A&M Clubs around the country, the Southern Arizona A&M Club doesn’t charge dues and considers everyone a member. It’s socially very active for a small- to medium-sized A&M Club, with watch parties for every football game, 50 to 70 attending Muster and an average event pulling 15 to 20 Aggies.

In the offseason, they’ll frequently get together for happy hours on the 12th of a month.

Trey Tucker ’91 says, “A lot of us really like seeing each other, and we see each other regularly during football season but then it kind of tails off. So then we say, ‘Let’s get together.’”

The Club also raises enough funds to be a sponsor of the Phoenix Aggie Moms’ scholarship golf tournament. Club members have also hosted the A&M golf team when they play in the area.

Mary Laughbaum ’84, a longtime active member of the Club who serves on the Muster committee, says, “Out here on the frontier, when you’re away from Texas, it’s so nice to get together with other Aggies.”

Because it can take an hour or more to drive across the Tucson metro area, she says, the watch parties will rotate to different locations. Her husband, Kent ’82, is the Club president. 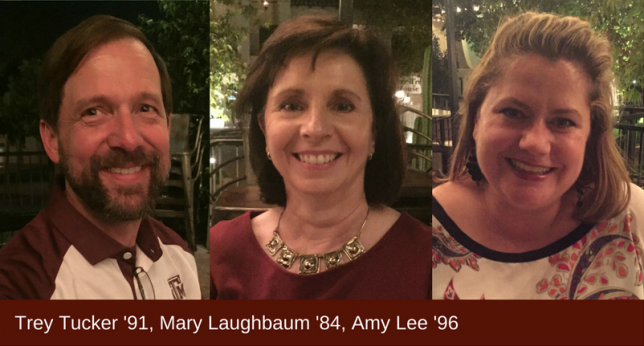 Doug Everett ’86, the vice president of membership, maintains the Club’s listserv and will seek out the email addresses of Aggies new to the area in order to add them to the mailing list. Tucson’s population is mobile, with a lot of people moving through the area short-term, including military personnel at Fort Huachuca and Davis-Monthan Air Force Base.

Club members spot and recruit Aggies in all kinds of ways.

“We’ve been known to change directions and chase people down if we see a Texas A&M plate or sticker,” Mary says.

Trey says, “We’re a friendly crew. If we see a Ring in the supermarket, we’re up in their face!”