On Oct. 9, we gathered with members of the Beaumont A&M Club at Luke’s Icehouse for dinner on our Coast to Coast tour! 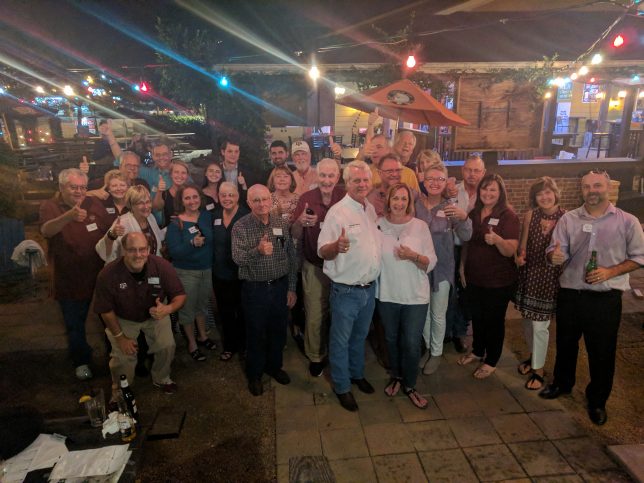 The Beaumont A&M Club tries to have one big event each month, and the one coming up next is the Teacher Awards night, a 58-year tradition in which the Club honors local teachers — Aggies or otherwise, simply the best local classroom teachers, nominated by their peers. It’s a program that has drawn the praise of local school district and city leaders for helping build a stronger Beaumont and recognize teachers outside the education setting. The 2017 event is Oct. 24.

Coming up next month, the Club’s Golden/Diamond/Platinum Aggie social meeting will honor their oldest living Aggies.

Hurricane Harvey canceled the group’s September gathering, but A&M students came and helped with cleanup efforts instead, coordinated by the Club and Beaumont Aggie Moms, which frequently work together. The Aggie moms provided goodie bags and clean T-shirts to wear home for the students who helped carry out ruined belongings and strip flood-damaged materials out of homes. 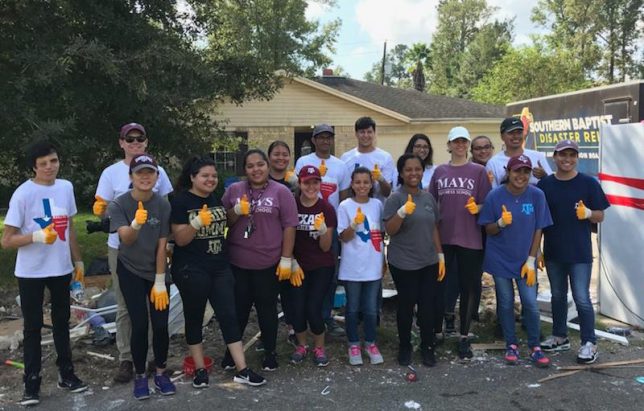 In July, the Club honored its 2017 scholarship recipients: 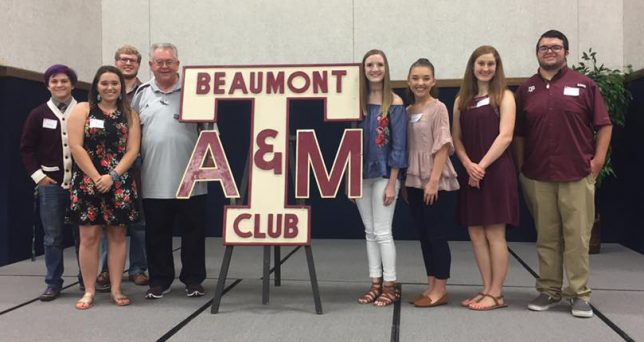 Last year, the Club awarded $30,000 in scholarships, thanks to fundraising events like its fishing tournament on Sabine Lake. This year’s was the 20th annual tournament, held Aug. 19, including a lunch with “door prizes, silent auction and fish stories.” 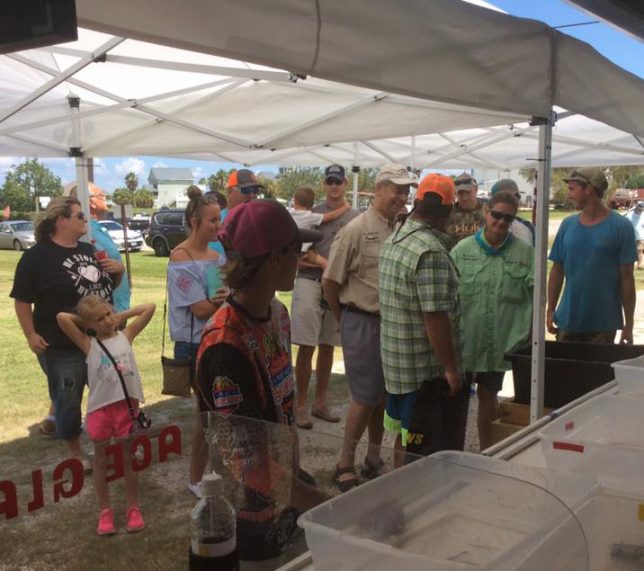 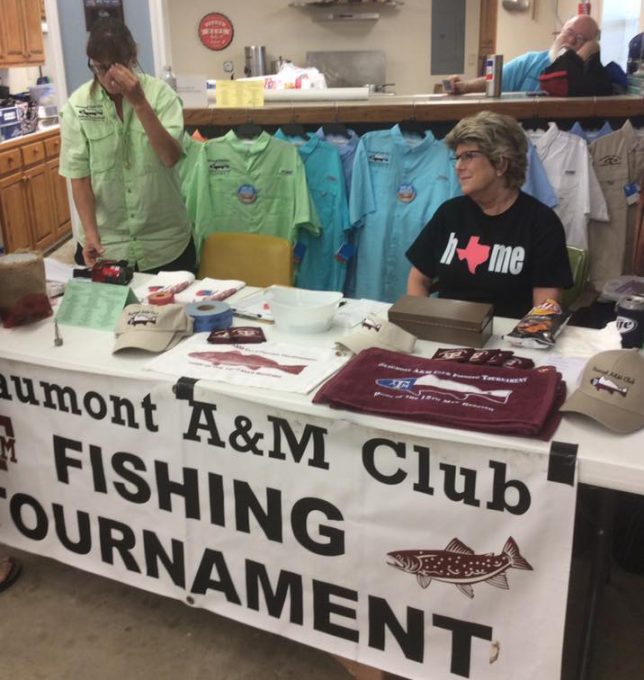