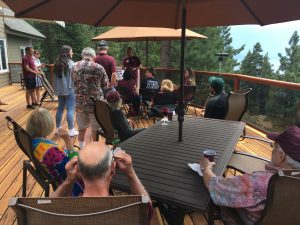 Today, the Sierra Nevada A&M Club is sending off local students headed to Texas A&M for the fall semester! Brisket and sausage, plus side dishes that Aggies brought, are being shared, with a beautiful view across Lake Tahoe from Incline Village, Nev. 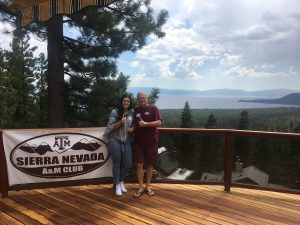 The Sierra Nevada A&M Club has around 50 members, and though its biggest population center is Reno, Nev., the Club’s territory takes in California towns including Truckee, South Lake Tahoe and Tahoe City. Earlier in 2017, in fact, the Club changed its name from Northern Nevada A&M Club to better reflect that broader community.

Jim has been president since the club’s “restart” in 2014 as it returned to holding regular events after a few years of relative quiet. Amy Stolarski ’83, his wife, often chairs the annual Muster, and the Club also gathers for barbecue, football and basketball watching parties and happy hours.

See what’s next on our fall 2017 A&M Club Tour at tx.ag/ClubsCoastToCoast! 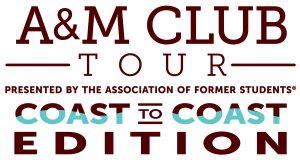