Learning the roots of Mardi Gras with Mobile Aggies

“Mardi Gras started here,” explains David Barr ’70, as we settle in for happy hour at a downtown cocktail bar with the Mobile A&M Club on Oct. 10.

The first annual Mardi Gras carnival in what became the United States was held in Mobile, Ala., in 1703 — 15 years before New Orleans. Today, Mobile societies create dozens of floats, and Mardi Gras here is a family-friendly event.

Sarah Jones ’05 says, “The French settled here before they moved to New Orleans. The city’s flown under several different flags, and you can see that in the architecture.” 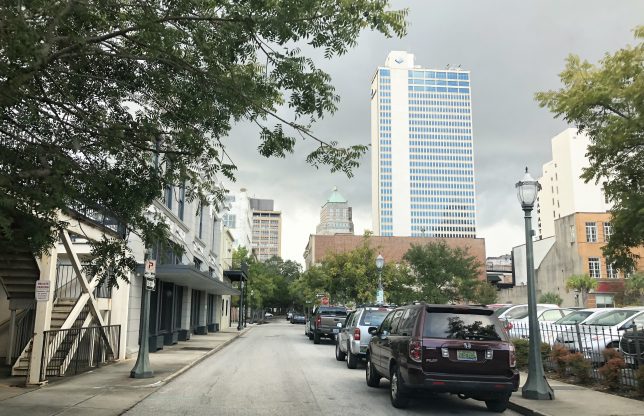 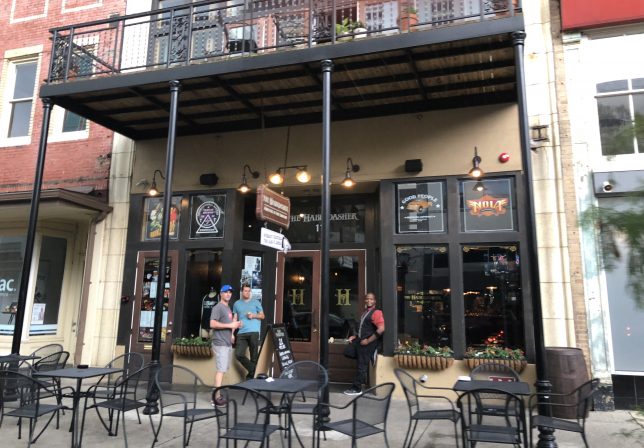 Our happy hour locale: the Haberdasher

Sarah says the Club has a core of highly active members, and a larger group that gets the messages and comes to different events. “It’s a different crowd that will show up for Muster than for football games.” She’s not officially an officer: “We have a few people who help plan Muster or organize events. We don’t have dues or anything; it’s more social.”

David, who graduated from the Texas A&M Maritime Academy (“we called it ‘boat school’”), is a longtime Mobile A&M Club member, has spoken at the Club’s Muster and last year read “The Last Corps Trip” at Muster.

He says the Club has often held events to welcome Texas A&M at Galveston’s training ship, the General Rudder, which comes here every summer. The Club greets them and helps them recruit potential Aggies.

When Sarah and her husband, Chad Jones ’04, moved to Mobile, they sought out the Club very quickly. “For us, it was networking, because we moved to a city where we knew nobody. We had been here like three weeks,” Sarah says. 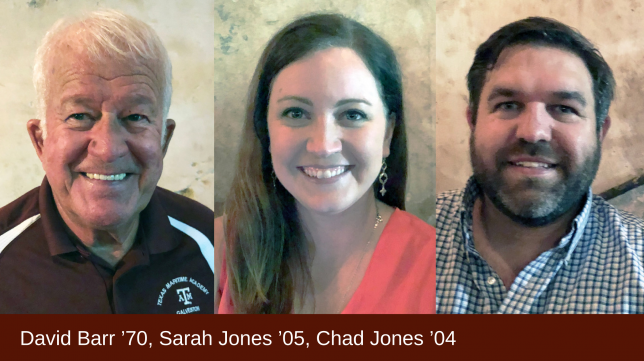 They looked up the Club president’s contact information on the Association website, went to Muster and, not long after, Chad became president, a post he’s held for 10 years.

“The common bond was being an Aggie,” Sarah says.

Chad actively seeks out Aggies new to the area to welcome them.

“I go to LinkedIn and Facebook and put in the parameters of ‘(living in) Mobile’ or ‘work here,’ and I try to friend them,” he says. “I find like four or five, and I just try to introduce myself as the local A&M Club president, and point them toward the Facebook page to try and get them involved.”

Mobile not only has a rich culture and historic downtown, but it’s just 45 minutes from the beach at Gulf Shores. “People will go for lunch,” Sarah says.

The area’s lush greenery stays green thanks to lots of rainfall: “You’re on the coast and a little squall rolls in,” she says. “There’s a 30 percent chance of rain every day. You still go to the beach if it says that!”