Orlando is a longtime Aggie outpost

“There is a lot of excitement any time the Aggies get close to this side of the country,” Sonya Shannon told us at our Oct. 16 happy hour in Orlando with members of the Central Florida A&M Club.

Ever since this fall’s football schedule was announced last year, Aggies in the Sunshine State had been excited about the chance to see their football team play in Florida for the first time in a decade.

“If it’s drivable, we’re going,” was the sentiment, Shannon said. And with Gainesville only two hours away, she and her Class of ‘89 husband immediately booked hotel rooms.

“My husband’s the Aggie, but I’m the fanatic,” she said.

This year’s Club president, Alaina Sheehy ’11, does a great job of coordinating, engaging members particularly on Facebook, which is a primary way the Club finds new members, Shannon said. Aggies new to the area will find them on Facebook and then come to events. 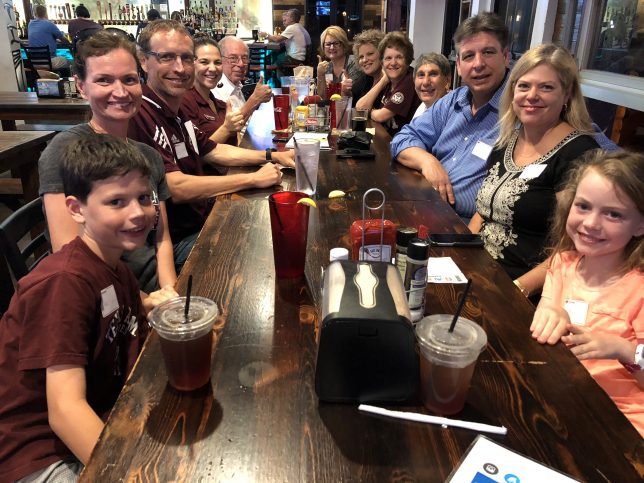 This happy hour was held at Graffiti Junktion in the Thornton Park area — the Club’s regular game-watching venue, which even bought a Texas A&M flag and flies it outside on gamedays.

Game watch parties here  draw up to 30 Aggies and family (turnout often depends on the kickoff time). At halftime, Sheehy will hold raffles to raise a little bit of funding for the Club; buying a tent recently gave the Club more visibility when it participates in local events.

Recently, the Aggies took part in “Feast on 50,” in which all local university alumni groups set up and “tailgate” on the football field in the old Citrus Bowl.  “Nebraska had the best drink,” Shannon said: apple cider and Fireball cinnamon whiskey. The Aggies brought sweet tea made with Texas vodka. The Club’s also been taking part in a local SEC pub crawl.

Muster has been a strong tradition here for more than 40 years, said Joan ’73 and Marty ’73 Schwabel.

“This club goes back to the early ’70s,” Marty Schwabel said, with membership at that time including many World War II veterans and a Class of 1909 grad.

“I don’t know that we actually had officers back then; we’d just get together and do our thing,” he said. “But there was always a Muster.” 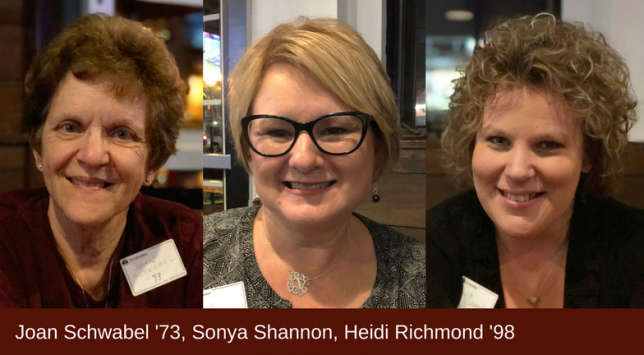