Memphis and Mississippi with the Mid-South A&M Club

Playing Ole Miss on their turf means two great college experiences in one:  Midnight Yell on Beale Street in Memphis and gameday in Oxford, Miss.! The Mid-South A&M Club, centered in Memphis, has helped The Association host these events in recent years, and as before, Aggie HQ on Friday night was Silky O’Sullivan’s pub. 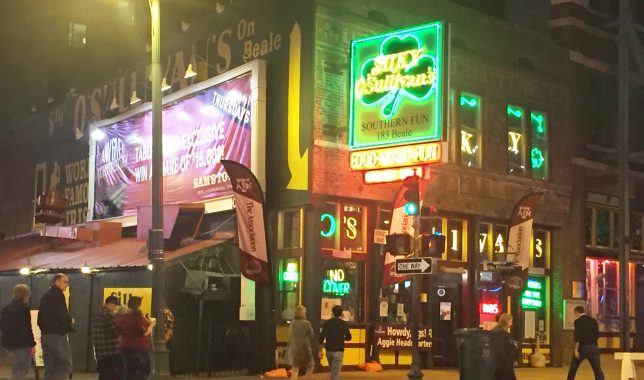 For Midnight Yell, The Association was again able to reserve Handy Park, just across Beale Street from Silky’s. More than 600 Aggies came out: 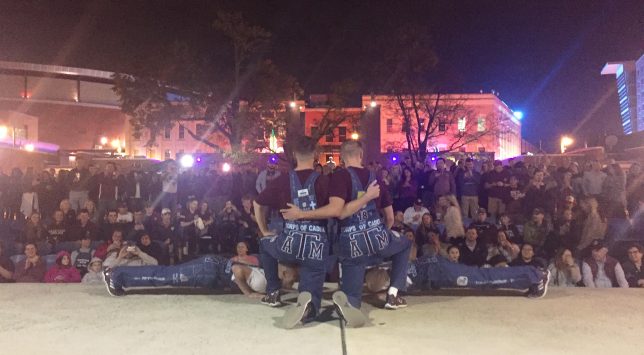 And on Saturday, the free All-Aggie Tailgate hosted by The Association and the Club was on the Ole Miss campus in Oxford. Around 1,000 Aggies visited during the afternoon, and the food and drink were free thanks to sponsors including Aggieland Outfitters and Slovacek’s Sausage. 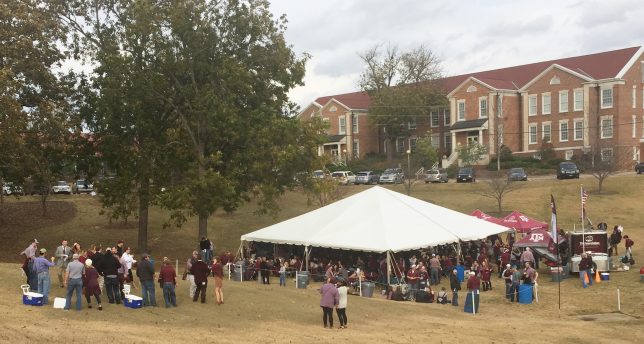 The location was near enough to walk over and see the tailgating atmosphere at the famous Grove, then return to hang out with a large and friendly Aggie crowd. Having a large Aggie tent proved fortuitous as rain popped up; the Aggies packed in together and sang the War Hymn, in a great “good bull” moment deep in SEC territory. 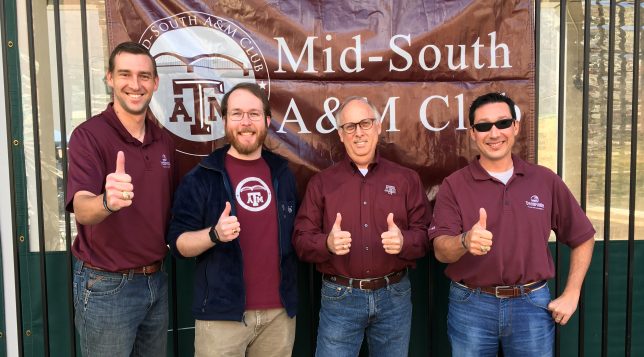 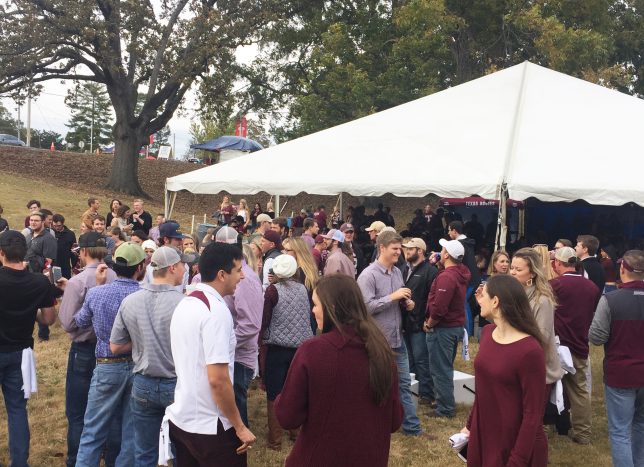