In addition to gathering when A&M sports teams come to town, the Baton Rouge A&M Club hosts watch parties, happy hours and their annual Muster. Club members networked to help each other and neighbors during 2016 flooding.

On Friday night before the Nov. 25 LSU game, more than 500 Aggies came out for Midnight Yell; a restaurant near campus had a country music concert going at its outdoor stage, but arranged with The Association for Aggie drink specials and to turn the stage over to the A&M yell leaders at midnight. 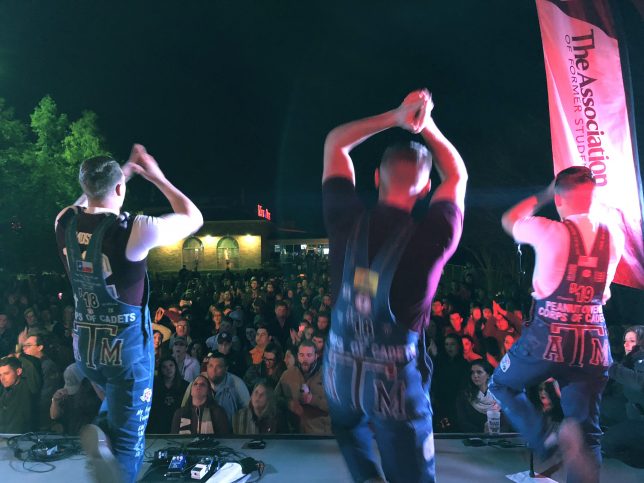 Some Aggies came early; around 11:30, a steady stream began arriving, and the Midnight Yell crowd was larger than the concert crowd had been.

The next day, The Association set up the free All-Aggie Tailgate on campus and hosted about 1,200 Aggies throughout the day. It was a family atmosphere that got even happier when Cameron Jalufka ’17 surprised Ashleigh Atkinson ’17 with a proposal of marriage. She said yes! 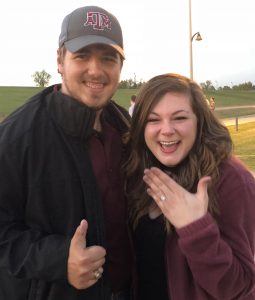 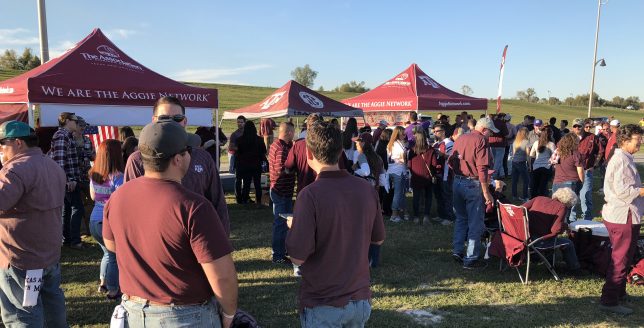