The Wiregrass area of Alabama sounds like helicopters. Day and night, it seems, that familiar sound is often somewhere in the distance.

Fort Rucker trains all Army rotary-wing (helicopter) pilots. That means the local A&M Club has a challenge that many A&M Clubs face — how to find and serve the military Aggies who are transitioning through the area.

“They’re going to look for an A&M Club at Muster,” said Marian Clemmons ’95, herself a former Army helicopter pilot who’s now a registered nurse and lives here with her family. “They look for us at Muster, and then we try to keep up with them all year long.”

Clemmons maintains an email list of local Aggies and helps the Club reach out on Facebook. They’ve changed the Club’s name in order to help; formerly the Wiregrass Aggies, it’s now “Fort Rucker Texas Aggies,” “because that’s how all the soldiers are going to find us,” she said. 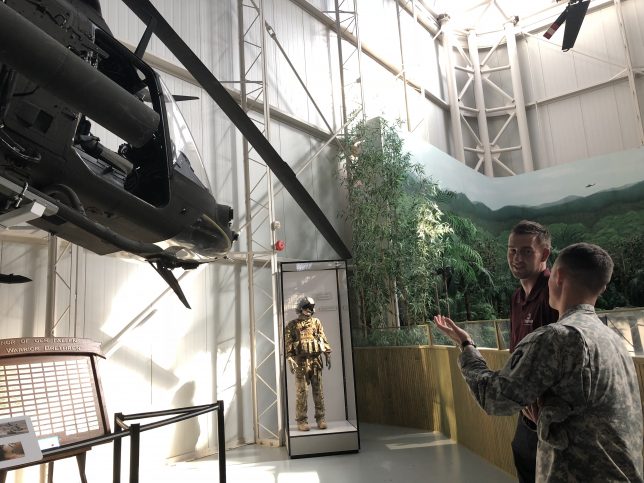 He’s also chairing this year’s Fort Rucker Muster. At the 2017 Muster, Clemmons asked for someone to coordinate the next one, and Tschirhart volunteered.

“She asked me, ‘Gather everyone that you know,’ and I think it’s like that, word of mouth,” he said. “I knew everyone who was in flight school here, so I just touched base with them.” 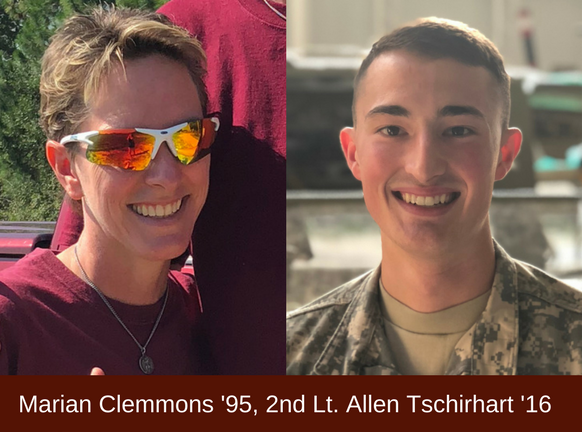 “I’d say there’s no one from Class of ’14 or later here that I don’t know,” Tschirhart said. “Like there’s an IP, instructor pilot — I saw his ring and said, ‘Hey!’

“All the Aggies here, we’re pretty close. Usually on the weekends if there’s a game we’ll get together and watch.”

The Club also builds an annual Bonfire, sometimes up to 30 feet high; Clemmons said they usually will cut trees for a couple weekends, but have done cut, stack and burn all in one day. “We’ve been doing it for 18 years,” she said. 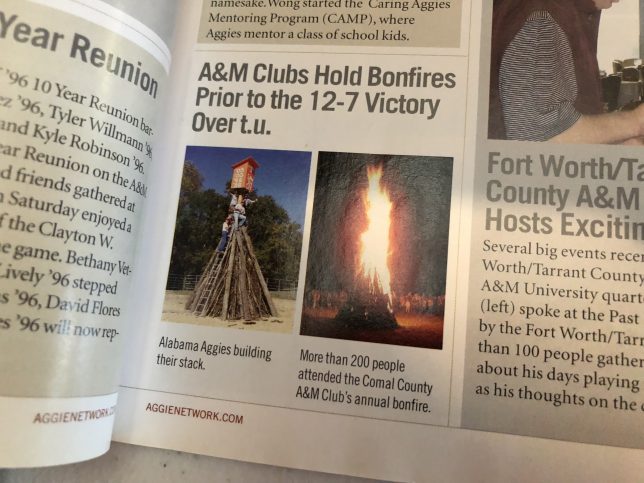 Club members came together to eat dinner with us that night at a local restaurant. The group welcomed several Aggies new to the area, and two birthday presents mysteriously appeared for twin Aggie daughters who had just turned 7.

The War Hymn was sung, a little Club business conducted, and Clemmons closed the meeting warmly by saying, “Don’t be a stranger.” 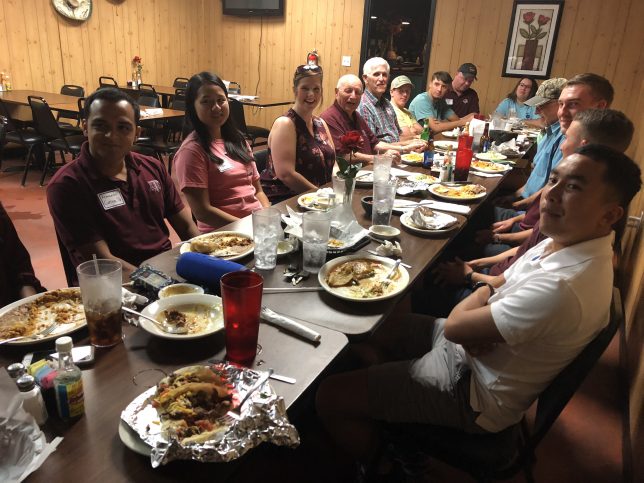