The New Orleans Aggies have for decades proudly hosted the Fish Drill Team and Ross Volunteers each year when they come to town for Mardi Gras — the drill team to compete in the national championships, and the RVs to march in the Rex parade.

Ross Volunteers have lunch at the Hard Rock Cafe in 2014. The New Orleans Club has hosted them since 1951 for their annual Mardi Gras appearance.

For more than 35 years, they’ve held their annual Muster at the home of a Class of 1950 Aggie! 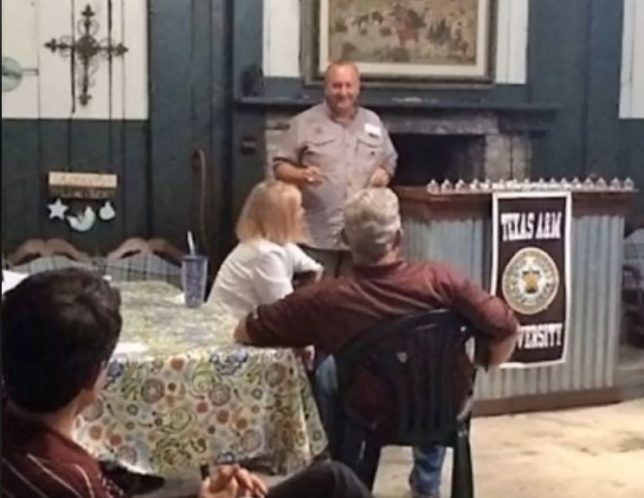 Club members came out to meet us Nov. 25 at Bruno’s Tavern, one of their go-to gamewatch locations, as we headed back to College Station. 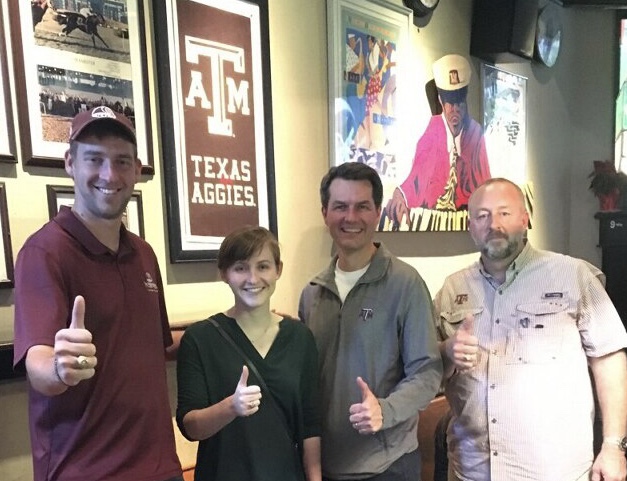