Service and spirit in The Villages, Florida

One of the newest and smallest A&M Clubs is among the most active.

Aggies of The Villages community in Florida held their first Muster in 2014 and were chartered the next year.

“We’re not a big club, but when we do get together, there’s a lot of spirit,” said Russ Masters ’70, vice president for membership.

This fall, the Club — which has around 50 total members — raised $10,000 for Hurricane Harvey relief within a few weeks. They held an emergency meeting to plan, then converted their presence at the community’s College Colors Day into a fundraising drive, collecting donations from all the alumni groups in attendance. A local Aggie teacher brought her maroon-clad high school students to help collect. 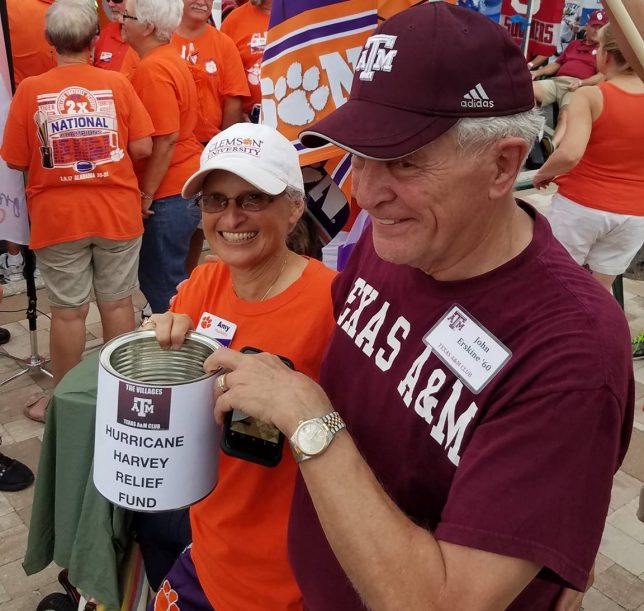 Members have participated in a 5K run for veterans, and always show up loud and proud at Villages community events such as College Colors Day and Operation Shoebox care package assembly for troops and veterans.

At a monthly dinner for all the community’s residents from Texas, “There are at least four Longhorns, and we give them hell because they’re sitting over there in their orange shirts.”

The Villages’ Muster pulls 20 to 30 Aggies and family. This year, the local newspaper covered it, spreading the description and meaning of this honored Aggie tradition to the wider community.

Club treasurer Jim Little ’65 said Aggie family bonds are strong: “The people who hosted it this year, they’re not Aggies, but all three of their kids went there.”

The Club doesn’t have an official events coordinator position, but as with many A&M Clubs, folks pitch in. Mike Connally ’76 said, “Since I own an event business, I coordinate a lot of the events.” He’s expert at hosting and planning icebreakers like Movie Club bingo: Divide the room into two teams, play a clip from a famous movie, and see which team can yell out the film’s name first. Hmmm, maybe something we could do with Fightin’ Texas Aggie Band songs… 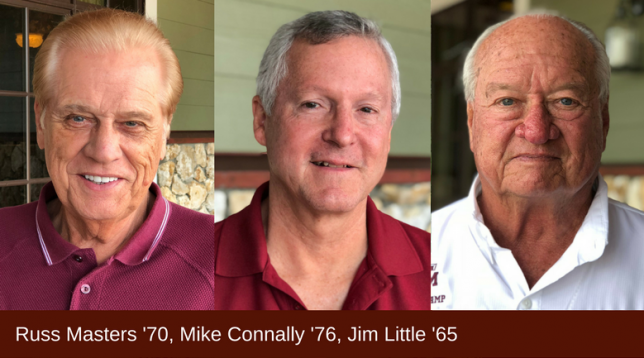 Even in the middle of a weekday, Club leaders made time to meet with us and have lunch on our way across Florida as Association staff fanned out to visit all the A&M Clubs in the state.

If only we could have stayed the night: Connally said he’d be DJing a party that night, dressed as Elvis. Whoop! 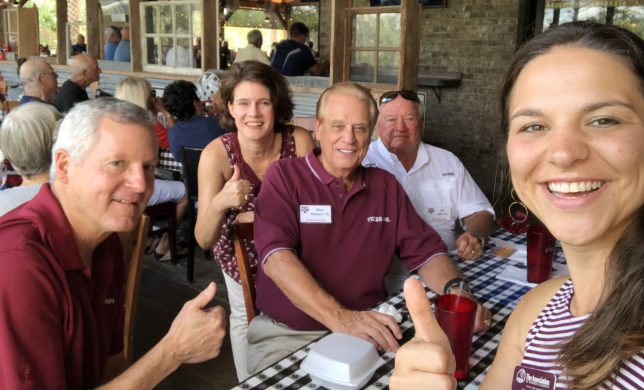