The Southern California A&M Club is so large it holds three watch parties at separate locations for every Aggie football game, and yet they take time to put a personal focus on every single Aggie who attends their annual Muster.

“We go around with a microphone and you introduce yourself, say what you’re doing. All 150 people. If you’re visiting or not,” says Amanda Van Cleve ’15, the Club’s director of activities.

SoCal is the host Club for this weekend’s Midnight Yell, All-Aggie Tailgate and Aggie events in Pasadena. Here are some of the Club officers and members with the Aggie yell leaders last night: 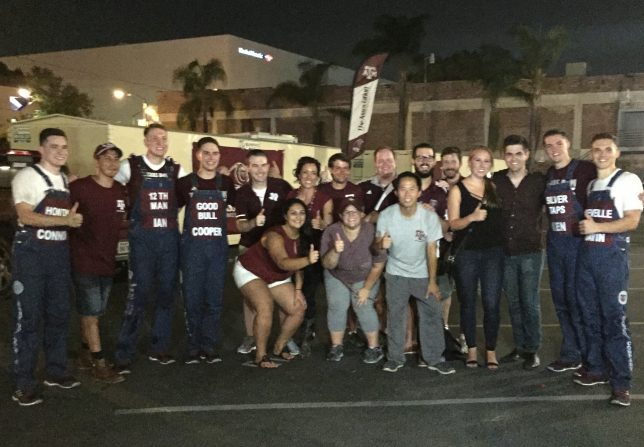 Before last night’s yell practice that drew 1,500 Aggies, more than a dozen nearby bars and restaurants were offering Aggie specials thanks to their coordination. For today’s tailgate, Club president Thomas Duong ’99 walked each route to the site (on a bluff overlooking the Rose Bowl) and posted detailed information about accessibility and finding the spot. (Tailgate info is at tx.ag/awaygames.)

An annual highlight is the Club’s Beach Bonfire: a cookout, tailgate, beach golf/volleyball outing with a yell practice at dusk. 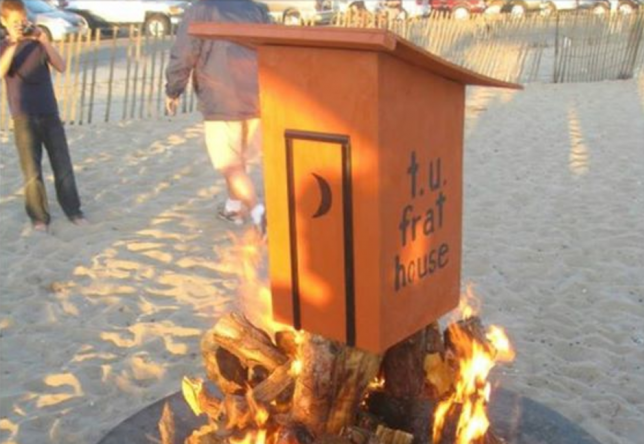 “We try to do an event every month,” Amanda says. In July, the Club got a block of about 30 tickets to a Dodgers game and had a meet and greet with the team’s Aggie pitcher, Ross Stripling ’12. 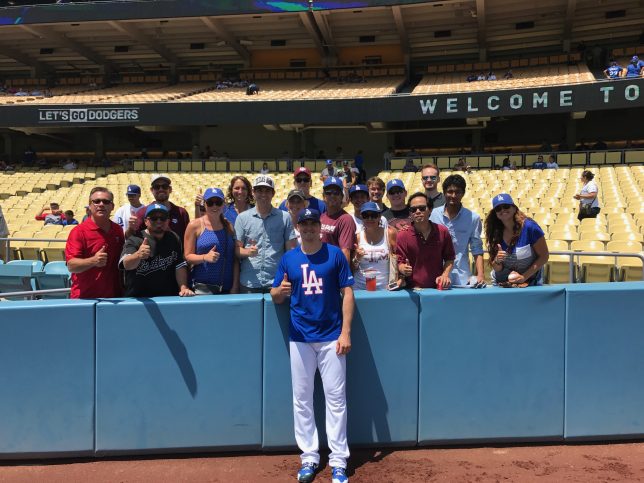 Last year was the Club’s first annual crawfish boil, a family-friendly pool party with about 50 in attendance, with live crawfish from Louisiana. The Club even shipped in Blue Bell ice cream: “There’s a local ice cream shop that sells blue bell and i told them we had a bulk order,” Amanda says. “It took a lot of effort, but we got it in dry ice and coolers.” 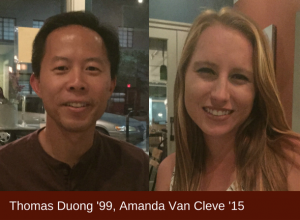 Another tradition is Touchdown Dollars at the gamewatch parties: “Everyone puts in a dollar for every touchdown” to a charity, Amanda says.

This weekend, with all the Aggies visiting Pasadena, the Club is selling their T-shirts at every Aggie event to benefit Harvey relief. Roger Garcia ’01 was handling sales at Aggie HQ last night: 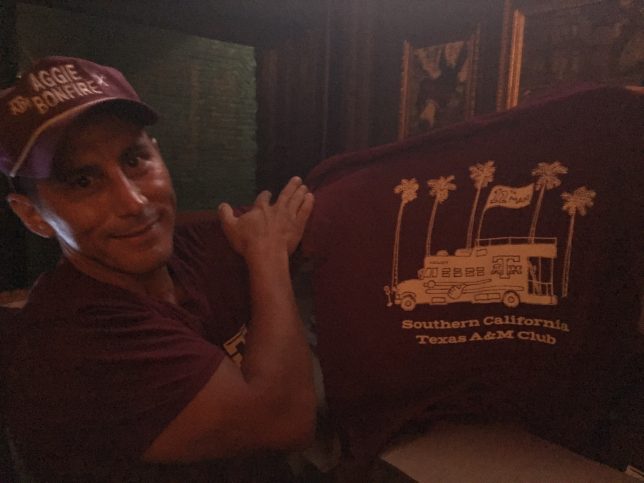 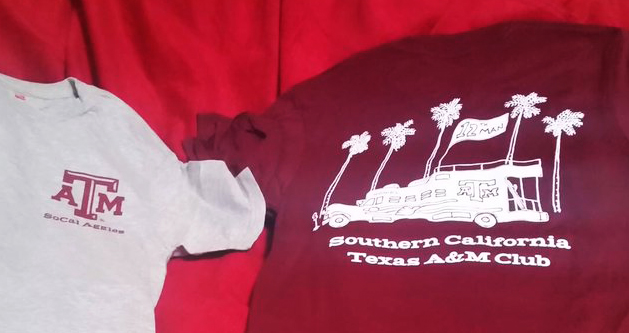