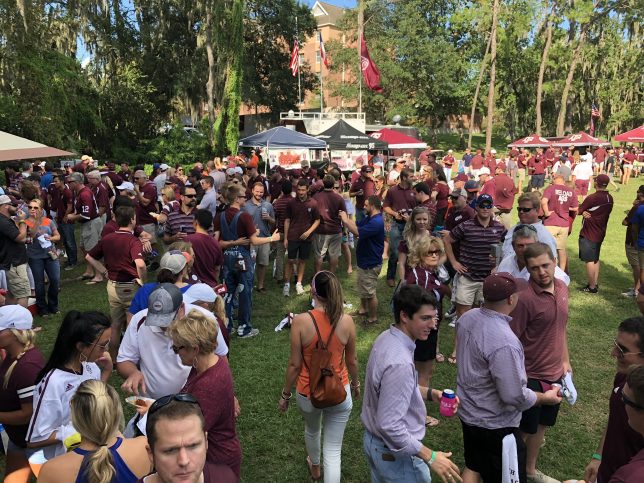 “I Was There,” said the T-shirts being sold by the North Central Florida A&M Club. “October 14th, 2017 Ben Hill Griffin Stadium, Gainesville, Florida.”

Texas A&M hadn’t played in Gainesville since 1962, and it had been a decade since Aggie football played anywhere in Florida. The Fightin’ Texas Aggies of the Sunshine State were more than ready to come out and watch their team beat Florida, 19-17. 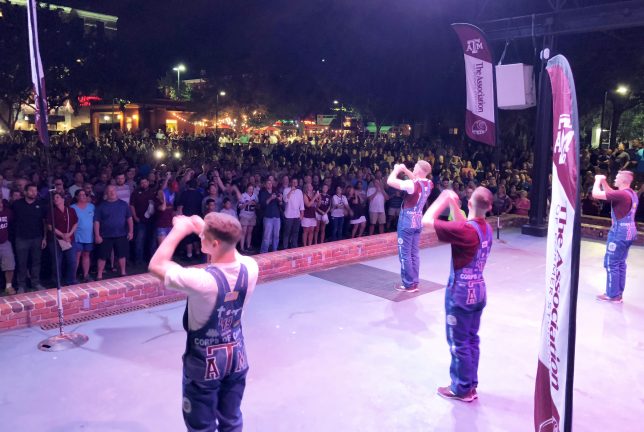 A thousand Aggies showed up the night before in downtown Gainesville, where The Association had been able to reserve Bo Diddley Plaza for Midnight Yell Practice. Families tossed footballs around in the warm evening air until the yell leaders took the stage. Notable quote: “Fightin’ Texas Aggie… gator tastes just like chicken!” 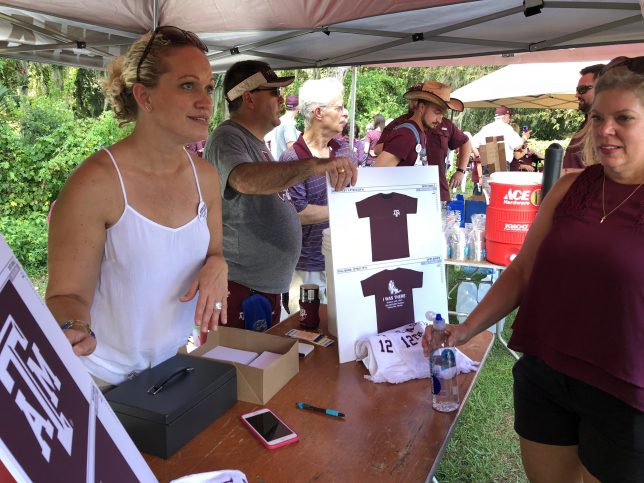 On Saturday, more than 3,500 Aggies and friends came to the free tailgate that the North Central Florida A&M Club helped The Association host. Club member Micah Flores ’06 and ’13 grilled hundreds of pounds of sausage donated by Slovacek’s: 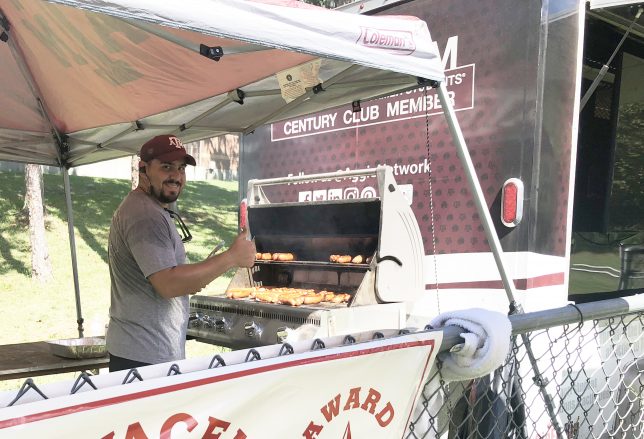 Club president Matthew Ellis ’92 and his wife, Larkin — a ’99 University of Florida grad who is an enthusiastic and crucial part of this Texas A&M Club — brought coolers, drinks, tents and worked throughout the event. They and other Club members handed out drinks and collected scholarship donations. 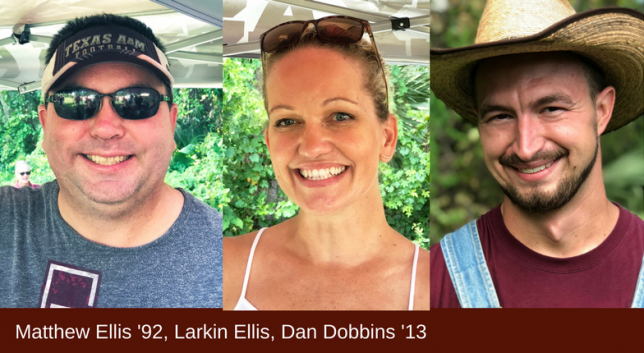 Among those working the tailgate was Dan Dobbins ’13, who’s getting his doctorate in organic chemistry at UF. “I’ve been waiting on this game for five years,” he said. “I’m hoping some cosmic balance will be restored, because my last year at A&M, UF came down and beat us. So I’m hoping my last year at UF we beat them.” Wish granted!

The day before, Dobbins had organized a Club event in which Aggies painted a Gainesville city art/graffiti wall. “I live right across from the wall, and I’ve seen it painted for all kinds of special events; I thought it’d be great to maroon it out,” he said. Four participants were Aggies in town from Washington, D.C., who’d seen the event on Facebook and showed up to help. 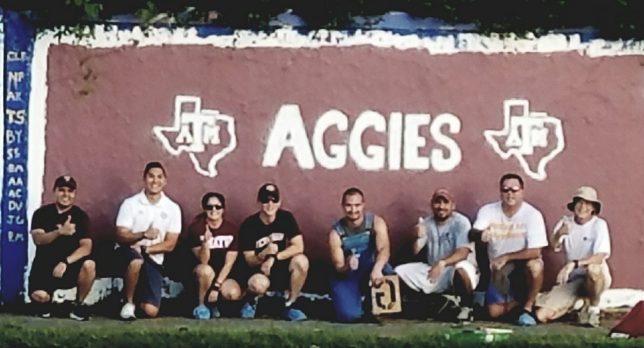 “I don’t think I’d seen it painted by another visiting team, and we’ve got a great local group,” Dobbins said.

Muster is usually their largest annual event, with 30 or so Aggies — plus, one year, the Texas A&M archery team! “They were here for an event” and joined in for Muster, he said.